While indoor farms that stack crops in vertical hydroponic rows are nothing new, Bayer is betting its expertise in seeds will give it a valuable edge. Photographer: Tomohiro Ohsumi/Bloomberg

Singapore’s Temasek Holdings Pte and Bayer AG have formed a new company that will develop seeds for vertical farms.

Unfold has raised $30 million in an initial funding round and entered into an agreement for certain rights to germplasm -- the genetic material from which plants grow -- from Bayer’s vegetable portfolio, the two firms said in a statement Wednesday.

While indoor farms that stack crops in vertical hydroponic rows are nothing new, Bayer is betting its expertise in seeds will give it a valuable edge. The launch of Unfold also comes as urbanized megacities rush to improve food security. The coronavirus pandemic has shut borders and exposed the vulnerability of global food supplies. 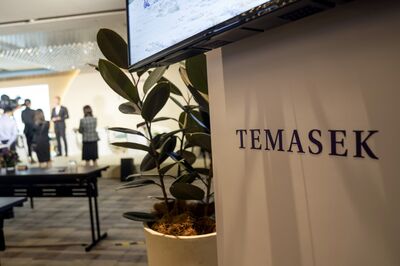 For the tiny island nation of Singapore, that’s a particular concern. The city-state has a national goal of sourcing 30% of its food needs locally by 2030 -- a tall order considering its land constraints and rising sea levels.

“One thing all of us have seen in the vegetable business is in some cases the fragility,” said Unfold CEO John Purcell, who previously headed vegetables research and development at Bayer. “It’s a tragic situation but there’s no question it’s really raised people’s awareness about where food comes from and how we sustain the food supply chain.”

Much of the knowledge comes from Bayer’s 2018 acquisition of Monsanto Co., which was partly funded by Singapore’s state-owned investor. Unfold will be equally owned by both parties and headquartered in Davis, California with additional operations in Singapore. The startup is heavily recruiting while setting up labs for R&D.

The company will focus on lettuce, spinach, tomatoes, peppers and cucumbers, with seeds for some crops expected to be ready for sale within months. While genetically modified produce was a controversial flashpoint for Monsanto’s agriculture business, Purcell said they’re largely unavailable in the vegetables business and Unfold doesn’t plan to sell GMO seeds.

“Breeding now is nothing like it was 10, 15 years ago because we’re able to do so much more” using computer-simulation techniques, he said.

While some have put the market for vertical farming at $50 billion globally, Purcell said seed development is a smaller part of that. Unfold also plans to develop and sell the optimal techniques for vertical farming with its products, although it’s yet to finalize how profits would be shared with other partners.

“Bayer and Temasek will have equal ownership of Unfold at the start, but this may change over time,” a Temasek spokesperson said in an email. “Unfold has the flexibility to seek investment from other companies in the future.”

Bayer made its investment via Leaps by Bayer, its impact investing arm.

— With assistance by Justina Vasquez